*1 When the criminals will charge Satan with leading them astray, he will plead guilty, as if to say, "You yourselves see now that all the promises and warnings made by AIIah have come out true and all the promises which I made have proved to be false. I also confess that it was all deception that I gave you false assurances of prosperity, beguiled you by greed and enticed you in the snare of great expectations. I assured you that in the first instance there will be no life in the Hereafter, and that, if there be any you will go spot-free by the intercession of such and such a saint. The only thing you have to do is to make offerings before him: then you may do whatever you please, for he will deliver you from all the consequences. I repeat that I said all these things and asked my agents to say the same. "

*2 That is, "You cannot say and prove that it was I who forced you to follow the wrong way, whereas you wanted to follow the Right Way. You will yourselves admit that it is not so. I did no more than this that I invited you to falsehood in opposition to the invitation to the Truth and tempted you to vice instead of virtue. But I had no power to force you to the wrong way, if you desired to follow the Right Way, when you had the power and the option to follow either of the ways. Now I am ready to bear the burden of the wicked invitation I extended to you, but you are not justified in any way to throw on me the burden of accepting my invitation, for you did it on your own responsibility. You should, therefore, yourselves bear all its consequences. "

*3 This is a clear proof of shirk in practice, as apart from shirk in creed. As Satan will charge his followers with making him a partner with God, it is obvious that as far as creed is concerned there is no one who makes Satan a partner with God in His Godhead or His worship: nay, every one curses him for his evil ways. Nevertheless, people obey and submit to him and follow him blindly, as if he were their "god" and that is what has been termed shirk.

Let us now consider this thesis from the opposite point of view. Some one might say that this does not hold good, for this is based on a mere saying of Satan which has been cited here. First, this objection is not sound because Allah Himself would have refuted it, had it been baseless. Secondly, this is not the only instance of shirk in practice in the Qur'an.
Here are a few more instances of this:

(a) It charges the Jews and Christians with shirk because they set up their priests and monks as their "Lords" besides AIIah. (9: 31).

(b) Those who follow the superstitious customs have been called mushriks. (see verses 6: 136-139).

Out of what Allah hath produced in abundance in tilth and in cattle, they assigned Him a share: they say, according to their fancies: "This is for Allah, and this" - for our "partners"! but the share of their" partners "reacheth not Allah, whilst the share of Allah reacheth their "partners" ! evil (and unjust) is their assignment!

Even so, in the eyes of most of the pagans, their "partners" made alluring the slaughter of their children, in order to lead them to their own destruction, and cause confusion in their religion. If Allah had willed, they would not have done so: But leave alone them and their inventions.

And they say that such and such cattle and crops are taboo, and none should eat of them except those whom - so they say - We wish; further, there are cattle forbidden to yoke or burden, and cattle on which, (at slaughter), the name of Allah is not pronounced; - inventions against Allah.s name: soon will He requite them for their inventions.

They say: "What is in the wombs of such and such cattle is specially reserved (for food) for our men, and forbidden to our women; but if it is still-born, then all have share therein. For their (false) attribution (of superstitions to Allah., He will soon punish them: for He is full of wisdom and knowledge.

25. Seest thou such a one as taketh for his god his own passion (or impulse)? Couldst thou be a disposer of affairs for him?

(d) Those who are disobedient to Allah have been accused of worshipping "Satan". (36: 60).

"And O ye in sin! Get ye apart this Day!

"Did I not enjoin on you, O ye Children of Adam, that ye should not worship Satan; for that he was to you an enemy avowed?-

"And that ye should worship Me, (for that) this was the Straight Way?

"But he did lead astray a great multitude of you. Did ye not, then, understand?

All the above instances are clear proofs of the fact that shirk is not confined to this creed alone that one might set up a partner with Allah in His Godhead as an article of faith. But it is also shirk that one should follow and surrender to some one other than Allah without any Divine sanction or in spite of a Divine prohibition. Such a one shall be guilty of shirk even though the follower might be at the same time cursing the one whom he follows and obeys. The only difference between the two kinds of shirk may be the extent of the crime and not its nature.
(Ref: Tafheemul Quran)
Compiled by Ishaq Zahid
March 24, 2010 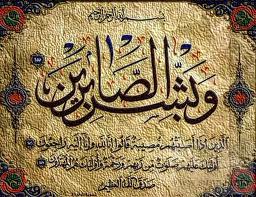 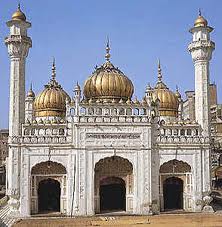