Imam Ahmad was born in Baghdad in Rabi Al-Awwal, 164 A.H. He and the Prophet (peace and blessings of Allah be on him) have a common ancestor as the Imam was a descendant of Rabee’ah bin Nizar, a brother of Mudhar bin Nizar, who was an ancestor of Prophet Muhammad (peace and blessings of Allah be on him). The Imam was orphaned at a very young age and was brought up by his mother. His father passed away at about the age of thirty at a time when his pregnant wife had moved to Baghdad by herself where the Imam was born. (Mawjood, 2006. p. 9-12)

Imam Ahmad started learning and recording Hadeeth in his hometown Baghdad from Imam Abu Yusuf at a very young age. Then at the age of sixteen, he started recording Hadeeth from Hushaim bin Basheer, which only continued for four years due to the death of his teacher in 183 A.H. (Mawjood, 2006. p. 19-20). Imam Ahmad then travelled to Basra, Hijaz, Yemen and Kufa for his pursuit of knowledge in Hadeeth. He went to Basra five times and also to Hijaz five times. Due to lack of financial resources, he met many hardships during his life. Three of his Hajj trips were on foot. Later on, he went to Sana to learn and record Hadeeth from Abdul Razzaq bin Hammam, where he stayed for two years. During his travel to Sana, he has to find work to save himself from starvation. When he reached Sana, his teacher Abdul Razzaq offered him financial help which the Imam politely declined as he preferred to tolerate the hardship instead of getting aid from his teacher and thus keeping his relations with the teacher purely for the sake of learning. He continued acquiring knowledge even when he has to travel on foot for long trips like going to Tarsus and Yemen. Imam Ahmad also learned Hadeeth from Imam Al-Shafi’i including the knowledge of Islamic jurisprudence. (Mawjood, 2006. p. 21-24).

By the age of forty, Imam Ahmad had acquired so much knowledge that he started his own narrations of Hadeeth in Baghdad. People will listen to him in a pin drop silence. He gave preference to the poor and was more attentive to them during his lectures. It is reported that more than five thousand people attended his lectures and about five hundred took notes. (Nadwi, 1983. P. 72-73). Many will come and attend his lectures to just listen, be in his company and get inspired by Imam’s piety, character, morality and manners.

Much has been said about Imam’s personality by scholars of his time and others. There are so many stories to relate about his knowledge, piety and abstinence from financial help even in times of great needs. Perhaps, Imam al-Shafi’i gives the best overall description of Imam Ahmad in a nutshell. He said,

Ahmad is an Imam in eight fields: He is an Imam in Hadeeth, in Islamic Jurisprudence, in (Arabic) language, in the Quran, in poverty, in ascetism, in piety and in the Sunnah. (Mawjood, 2006. P. 31-32)

The Hanbalee Madhab is named after the Imam and is one of the four major Madhabs. The Madhab has his followers especially in Palestine and Saudi Arabia. Imam himself forbade his students to right his opinions. It was only made available by the students of his students. The six sources of law used by the Madhab in priority order from highest to lowest are The Quran, The Sunnah, Ijma’ of the Sahabah, individual opinions of the Sahabah, Weak Hadeeth (as long as none of the narrators was termed Faasiq or liar), and Qiyas. (Philips, 1990, p. 84-87).

Al-Musnad of Imam Ahmad is viewed as the greatest book of Hadeeth containing not only the ahadeeth of the Messenger of Allah (peace and blessings of Allah be on him) but also sayings and juristic verdicts and decisions of the Sahabah and some Tabi’oon. The Ahadeeth in Musnad are arranged by the narrators as the name of the book in itself implies in technical terms. His son Abdullah helped him in the setup of the sections of the book by following Imam’s dictations and arrangement of Hadeeth. Imam Ahmad continued revising Al-Musnad until his death. In addition to the many Ahadeeth found in other books like Bukhari and Muslim, Al-Musnad contains those Ahadeeth which are not found in other books of Hadeeth. (Mawjood, 2006. p. 39).

From more than seven hundred thousand Ahadeeth which he had heard during his travels, he selected around thirty thousand Ahadeeth, which he narrated on the authority of two hundred and eighty-three of his Shaikhs. (Mawjood, 2006. p. 39).

Imam Ahmad made a profound statement about why he wrote the Al-Musnad. He said, “I made this book an as Imam, so that if the people disagree regarding the Sunnah of the Messenger of Allah (peace and blessings of Allah be on him), they may refer to it.” (Mawjood, 2006, p. 39-40).

The Musnad contains ahadeeth narrated by over eight hundred companions including over one hundred women. It also contains legal verdicts of the rightly guided caliphs and other companions. His arrangement of companions begins with the four rightly guided caliphs, the remaining of ten companions who were given good news of Paradise and then it goes down based on a well-defined criterion including their time of conversion to Islam, lineage and the number of narrations.  Ibn Al-Jawzi had said about the book that it is superior of which has not been found on earth. (Mawjood, 2006, p. 41-42).

Imam Ahmad went through the most severe trials from the hands of the Mu’tazilites and the caliphs of that time regarding the nature of the Quran. He was severely lashed and beaten numerous times and imprisoned lasting many months. Even then, Imam remained firm on his views and simply asked them to bring anything from the Quran or the Sunnah in their support.

The undaunted courage and steadfastness of Ahmad ibn Hanbal gave a death-blow to a sacrilege which had exposed the faith to a great danger. 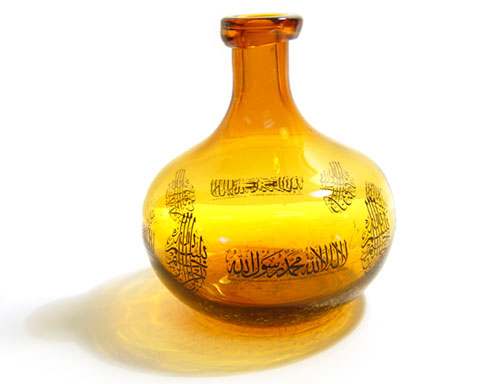