Muhammad (pbuh) also used to command mercy for all animals such that they are fed well, watered well, not forced to carry too heavy a burden, and not tortured or maimed for one's enjoyment.

"The Messenger of Allah, may Allah bless him and grant him peace, said, 'While a man was walking on a road he became very thirsty. He found a well, went into it, drank, and came out. [Upon exiting he met] a dog panting and eating the dirt out of thirst. The man said: 'This dog has become stricken with the same degree of thirst which had stricken me.' He went down into the well and filled his shoe and then held it in his mouth until he climbed out and gave the dog water to drink. Allah thanked him (for his good deed) and forgave him.' They said, 'O Messenger of Allah, are we rewarded for taking care of beasts?' He said, 'There is a reward [for you] in every creature with a moist liver.'"(Narrated by Al-Bukhari, Muslim, and Malik)

"Allah's Messenger (pbuh) said: 'A woman was punished because of a cat. She neither provided it with food nor drink, nor set it free so that it might eat the insects of the earth.' " (Narrated by Muslim and Al-Bukhari). 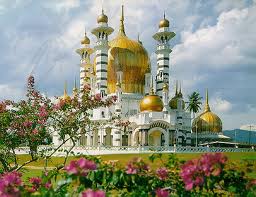