With His Family and Children

Aisha, the wife of Muhammad (s.a.a.w.) said:
"Allah's Messenger (s.a.a.w.) used to patch his sandals, sew his garment and conduct himself at home as anyone of you does in his house. He was a human being, searching his garment for lice, milking his sheep, and doing his own chores." (Narrated by al-Tirmathi).

She also said:
"He would patch his garments and sole his sandals. " She was once asked: "How was he with his family?", she responded: "He was in the service of his family until it was time for prayer, at which time he would go and pray."

Ibne Malik narrated:
"I never saw anyone more merciful with children than the Messenger of Allah (s.a.a.w.)" (Narrated by Muslim)

Abu Hurairah narrated that:
"The Messenger of Allah never denigrated any type of food; if he liked it he ate it, and if he disliked it he left it alone" (Narrated by Bukhari and Muslim) 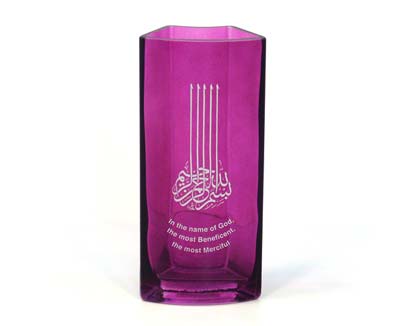