“wa innaka la 'alaa khuluqin adheem”
And most definitely you (Prophet Muhammad (s.a.a.w.) are upon a very great and powerful disposition, character and mannerism.

A few ayaat earlier, Allah told His Messenger (s.a.a.w.) that he is not crazy, as his enemies try to defame him. For him is a reward from Allah T’ala without limit. And most definitely he is upon a great character.
Remember that the disbelievers of Makkah wanted to defame and character assassinate the Messenger of Allah. They would say evil things about the Messenger of Allah;
i.e. they would say he breaks up a son from his father (i.e. a son may leave his father’s religion), and they would say that he does not obey his tribes’ leaders (who called to polytheism) etc.
So the disbelievers would accuse him of doing evil to repel others from accepting Islam.

So Allah sent these ayaat to negate all these lies and character assassinations of the disbelievers by simply saying one line:

And SURELY you are SURELY upon CONTINUOUSLY Great Mannerism.

Allah is not saying your message or teachings are of a Great Mannerism (yes they are) but Allah is saying you (O Muhammad (s.a.a.w.) are on the best mannerisms in all aspects of your life.
These aayaat would later be spread to other people, so the news would spread and refute the false lies of the disbelievers.

'Ala implies; You are UPON like a train of truth (Islam) and the believers are riding on TOP of it to the destination they want to go to (i.e. Paradise).

So Allah is telling His Messenger, you are UPON ('ALA) great mannerisms. Which means that he is on top of great mannerisms and travelling to wherever the direction of good manners are.


Khuluq - aKhlaaq – someone’s disposition/temperament/natural mode of behavior.
How you Made (khalq - created) yourself out to be.

In the beginning, someone might force themselves in good behavior. But when it becomes natural for them to act a certain way = Khuluq.


Allah's Messenger - according to many ahadith - calls people to have Husn Khuluq - Good Character.


However, he himself has Khuluqun AdhEEm - CONTINUOUSLY Great and Impressive Character. So if anyone sees him, they are amazed and impressed by his beautiful and impressive manners.
Even when someone was rude to him, he would reply back with beauty and kindness which would make his heart melt in love for the Prophet (s.a.a.w.).

A few examples of such noble character of the Prophet can be found in the ahadith on the bedouin man who urinated in the Masjid, or the young man who asked to commit adultery (zina), or when a man got the sword of the Messenger of Allah and intended to kill him and said "Who will save you from me now?".

When Aa'isha was asked about the character of the Messenger of Allah, she replied;

Kaana khuluquhu al Qur'an - his manners/character/mode of behavior was (consistent with) the Qur'an.


The great ethics laid out in the Qur'an were what he lived by.

Ali ibn Abi Talib was asked;
We know what Khuluq al Hasan (Good Character) is, but what is Khuluq-ul Adheem (Great/Brilliant character)?
He replied: It is the Adab (training/manners) the Qur'an gives you.
Meaning: When ALL the beautiful traits of the Qur'an are applied by someone = Khuluqin Adheem.

That is the premise of the life of the Messenger of Allah. This is why Allah said in surah al Jaathiyah 45:18;
Thumma ja'alnaaka 'alaa shariy'atin fat-tabi'ha - then after that We have placed you on a path (shari'ah = a path to live a way in life), so follow it/live on it and do not follow the desires of those who do not know. [Jathiyah 45:18]

And I have been commanded to be of the first of the Muslims [of this Ummah/nation.] [Zumar 39:12]
So Allah's Messenger set the example for us.

The scholars have mentioned that the Khuluq al Adheem comprises of:

1 - Firm adherence to the injuntions/commands of the religion.
2 - knowing the reality of the religion.
3 - being extremely forbearing.
4 - 'Adl - Justice and Fairness in all matters.
5 - Being able to deal with people who give you extreme difficulty, and restrain yourself.
6 - When someone does something good to you - being Appreciative.
7 - Having Humbleness and Humility.
8 - Zuhd - Not being attached to the world while living the world.
9 - Self Respect - having shame and nobility.
10 - Being Pardoning ('Afuw)
11 - Confident.
12 - Haya' - Modesty
13 - Shuja'a - Bravery
14 - Knowing when to be Quiet
15 - Being calm and collected and in self-control in life.
16 - Self Respect, and Dignity.
17 - Rahma - Mercy.
18 - Being very Excellent when dealing with people in interaction and with oneself.


Leadership Skills:
19 - Being thoughtful in speech.
20 - Having a Bright face (i.e. Smiling) and approachable.
21 - Thubaat - being Consistent in what you start and do to achieve.
22 - Hukm - Giving commands and authority in the correct manner to the right people.
23 - Being Active and Noble in helping in action.
24 - Calm, Cool and Collected, not in constant worry.
25 - Watching what you eat and drink (i.e. only pure and good things)
26 - Impart these same qualities to your family members.

Specific to the Messenger of Allah:
27 - Being skilled in managing and directing the affairs of the Ummah well.
28 - Fasaah-il Qalam - Having the best and clearest speech.
29 - Jawaami'-ul Qalim - Being Brief and Concise in speech - yet having so much meaning.

Anas said;
I served the Messenger of Allah for ten years; he never yelled at me, he never hit, he never reprimanded me.

Aisha said;
Allah's Messenger never laid his hand on anyone ever. (i.e. He never hit or smacked anyone.)

Jaabir ibn Abdullah said;
Whenever the Messenger of Allah was asked for anything, he never said no (to their request).

Abu Dawud narrated;
Aisha said, "the Prophet advised his Ummah that by means of good character - they could attain and go beyond people who spend their nights praying and their days fasting."


So good character is one of the best acts of worship if done for the pleasure of Allah.

"Ya Mu'adh ahsin khuluqaka lin-Naas - O Mu'adh, perfect your character when dealing with the people."

This is what would make the people love him, and then they would love to obey him. 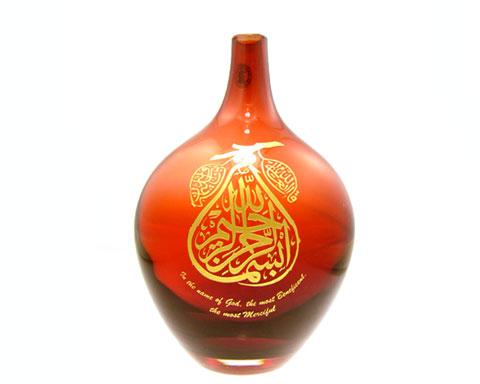