The Light is one of the ninety-nine Beautiful Names of Allah. Light is that by which things become known. Things may exist in the dark, but they cannot be seen. Light may be physical, such as the light of the sun or the moon, or intelligible, like the light of the intellect. The latter is that which illuminates the darkness of ignorance with the light of knowledge. Total darkness is non-existence, thus light is that which brings created beings out of non-existence into existence. It is the creative act of Allah and this is one of the meanings of "Allah is the light of the heavens and the earth . . . " The other meaning is that every light in the universe is but a reflection of His mercy, every knowledge a reflection of His knowledge and so on. "Allah created His creation in darkness," said the Prophet, may Allah’s blessings and peace be upon him, "then He sprayed them with His light. Those whom this light reached became rightly guided, while those it did not went astray."[2. Tirmidhi.] And he also said, as recorded by Muslim, "Allah, August and Majestic is He, wrote the destinies of creation fifty thousand years before He created the Heavens and the earth. His throne was on the water. Among what He wrote in the Remembrance, which is the Mother of the Book, was: Muhammad is the Seal of the Prophets."

The Mother of the Book is the source of all knowledge, including the Divine Scriptures. It is the essential knowledge of Allah before He created creation. This is why it is said to have been written fifty thousand years before the creation of the cosmos, a symbolic number, since without stars and planets there cannot be days and years as we understand them. Allah conceived His creation in the darkness of non-existence, then with the light of His creative act brought them out into existence. Thus the First Light was created, a being appearing against the dark background of non-existence. "The first thing that Allah created was the Intellect,"[3. Tirmidhi.] said the Prophet, may Allah’s blessings and peace be upon him. He also said, "The first thing that Allah created was the Pen," which amounts to the same thing, since the first intellect is the primordial light in its passive aspect as recipient of the knowledge of what is to be, while the Pen is the primordial light in its active aspect of writing this knowledge on the Guarded Tablet at Allah’s command. "The first thing that Allah created was the Pen and He said to it: Write! So it wrote what is to be forever."[4. Tabarani and Abu Nu'aym.] From this First light all of creation, with all its varied forms and meanings till the end of time unfolds.

This primordial light is what is called the Light of the Prophet, may Allah’s blessings and peace be upon him, since he is the created being who received the major share of it.

This light was also the origin of the lights of all other Divine Messengers, of the angels, then of all other beings. This is how the Prophet, may Allah’s blessings and peace be upon him, could say, "I was a Prophet when Adam was still between spirit and body."[5. Tirmidhi, Ahmad, Hakim and Bukhari in Tarikh.] The power of this light made the Prophet’s radiation so powerful, once he appeared on earth, that Allah calls him in the Qur’ān "an illuminating lamp." Allah describes the sun and the moon in the Qur’ān in like manner explaining what He means when He says that He made the Prophet "an illuminating lamp". He says, Exalted is He:

"Have you not seen how Allah created seven heavens, one upon another, and set the moon therein for a light and the sun for a lamp?"[6. Qur'an (71:16)] Here he calls the sun a lamp, since its light is self generating, but He calls the moon a light, since it but reflects the light of the sun. He also says: " . . . and We appointed a blazing lamp . . . " [7. Qur'an (78:13)] The sun’s light being extremely hot, and, "Blessed is He who has set in the sky constellations and has set among them a lamp and an illuminating moon," [8. Qur'an (25:61)] emphasizing that the moon’s light is light with little heat. When He says to His Prophet: " O Prophet! We have sent you as a witness, a bearer of good tidings and of warning, as a caller to Allah by His leave and as an illuminating lamp," [9. Qur'an (33:45 - 46)] we are to understand that He made the Prophet’s light powerful like the sun’s, yet cool and gentle like the moon’s. 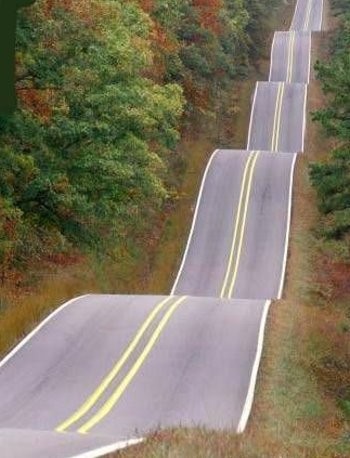